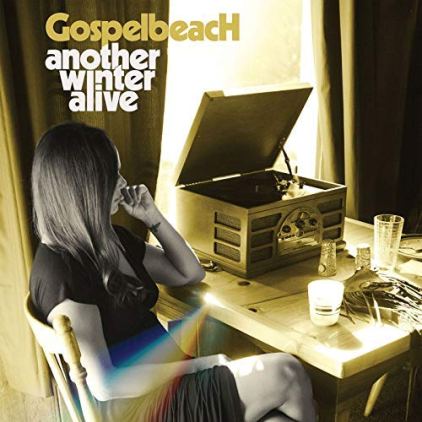 What with the price of coal being what it is, here’s another way to keep warm this winter, a new album from the sun dappled GospelbeacH, purveyors of prime California sunshine jangled pop. Another Winter Alive is not in fact, a full-blown follow up to the excellent Another Summer of Love, rather it’s a collection of songs recorded for that album which didn’t make the final cut, supplemented by a short live set, recorded at The Betsey Trotwood in London. Some might suspect that this is a quick cash in by the band or record company to hoover up some bucks before Christmas but we’d consider it more in the tradition of releases such as The Smiths’ Hatful of Hollow, an attempt to allow fans to hear songs which otherwise would languish in a vault somewhere.

Anyhow. The album kicks off with the five studio recordings beginning with an excellent version of fellow traveller, Neal Casal’s Freeway To The Canyon. This is just perfection, from the jangled guitar intro and the slightly wearied harmonies to the organ fills and trippy guitar solo the song flows as sweetly as a Topanga Canyon stream summoning up visions of latter-day Byrds. Down South is somewhat more baroque with its signature changes and closing honky tonk piano knees up with the guitars here having a George Harrison touch to their slips and slides. Running Blind takes a left turn in a more turbo charged direction with a fuzz toned organ riff leading the charge until halfway through the song spaces out into cosmic Americana territory with pedal steel gliding adrift amidst sound effects and heavenly harmonising. It’s back to the main drag however for the perfect power pop of Change of Heart, a Petty like number which will knock the socks off of you while Dreamin’ is more laidback, an attractive slice of harmony soft rock which is, indeed, sun dappled.

The live songs feature Brent Rademaker, Jonny Niemann and Jason Soda playing in a London pub in a kind of unplugged set up on guitars and keyboard (although one of the guitars is plugged in). There’s a splendidly ragged version of California Steamer, and then a fine reading of Out of My Mind (On Cope & Reed) with Rademaker doing his best Lou Reed impression and the trio out doing the studio version for sheer energy and passion. Miller Lite (originally called Sunshine Skyway on the first album) is a light hearted tale of a bohemian surfing jobs on the road in Florida with Rademaker urging the audience to join in with the great line, “is this a pub or a morgue?” They nail the romance and mystery of In The Desert and finish off with in a similar manner on You’re Already Home, another song which reeks of seventies long haired freedom with the trio harmonising well in the live setting.

As football commentators might say, it’s an album of two halves. The studio songs are excellent, the live songs a very welcome addition. Those new to the band might best be directed to either of the two previous albums but for fans, this is an excellent stocking filler.

One thought on “GospelbeacH. Another Winter Alive. Alive Natural Sound”