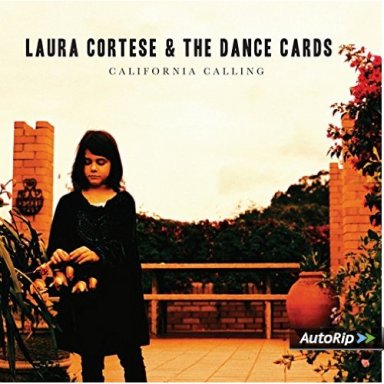 Boston’s Laura Cortese steps up a mark with this excellent album recorded with her all female band, The Dance Cards. It’s an adventurous disc, a mutant string band venture with fiddle and cello to the fore but adorned by an adventurous use of percussion and sympathetic synthesized sounds. It’s not avant garde nor is it downhome bluegrass. Instead, it’s a richly multilayered tapestry of sonic adventure underpinned with a strong sense of pop nous and Cortese’s lovely honeyed voice. The use of marimba, glass harmonica, synth bass and various keyboards add a touch that’s not so much exotic as adventurous with the resulting sounds recalling artists who were redefining the art of the singer songwriter back in the day such as Joni Mitchell, Paul Simon, The McGarrigles and The Roches and even, at a stretch, Tom Waits. It’s bold and invigorating while still rooted in a folky and woody Americana vein.

Aside from the sonic adventures offered by the multitude of instruments and the earnestness of Cortese’s voice (and the excellent harmonies from the band) it’s the twin fiddles of Cortese and Jenna Moynihan which drive the album forward, the propulsive heartbeat if you wish. On several of the songs they just let it rip with the best example perhaps the explosive breakout mid way through the traditional Swing & Turn (Jubilee) which transforms the song from a harmony laden number into a barnstorming fiddle tune. Strident fiddle playing is again well to the fore on the two most upbeat numbers here, the immaculate joy of playing which is captured in Stockholm and on the more measured pizzicato strains of California Calling , a song which drags a Fleetwood Mac pop sensibility into the wonderfully realised concatenation of plucked strings and woody bowing.

With several songs linked by the uncanny sound of glass harmonica Cortese weaves her way through kitchen sink drama with an Appalachian touch on Three Little Words, breathes life into the heartfelt superstition of Skipping Stone while she and her singing partners harmonise to the heavens on the slow gospel beat of Rhododendron. Someday has a fine, Celtic influenced, timbre as Cortese wafts skywards in her vocals while Pace Myself (co written with Ana Egge) is a sophisticated number with a seductive bass line and electronic noodling adding atmosphere to a noirish tale of self exploration and doubt.

There’s no doubt however that with California Calling Ms Cortese steps up to the bench. The album flows wonderfully, the production is excellent and the band are fully attuned to her fresh take on what one can do with a fiddle and some strings. She’s currently touring the UK and on the strength of this she will be well worth seeing.