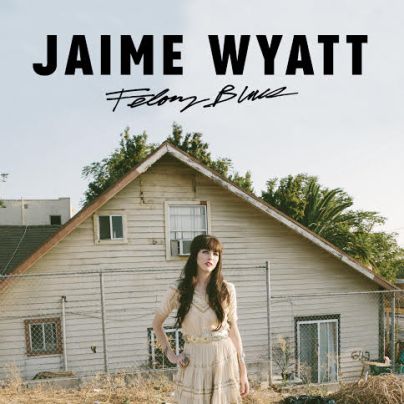 Aside from those old time blues guys and gals who were at the mercy of the law every time they set foot outside the door, country musicians seem to have an affinity for brushes with the law. Or at least they would like you to think so. Look through the rap sheets and it’s full of misdemeanours, drink, drugs, more drink and the odd fight here or there, a suspended sentence or a night in the pokey. True, Billy Joe Shaver and Johnny Paycheck did actually shoot someone and then there’s David Allen Coe and Merle Haggard and mention of Haggard leads us to Jaime Wyatt. Ms. Wyatt was an aspiring musician who wasn’t getting the breaks and who drifted into drugs and robbery eventually serving time.  On getting out she resumed her music while being drawn to the likes of Johnny Cash and Haggard, partly due to their connections with the US penal system. A meeting with John Durrill who had penned a song, Misery and Gin, for Haggard led to her recording the song and eventually this mini album.

Misery and Gin closes the album with a mournful wail, weeping pedal steel and soft shuffled band backing recalling Emmylou Harris with the Hot Band at their most lachrymose although Wyatt’s voice is earthier than Emmylou’s. It’s as honky tonk as she gets here with the remainder of the songs adhering more to a breezier LA country sound and indeed she has fellow Los Angelino Sam Outlaw sing with her on the tough Bakersfield influenced Your Loving Saves Me while the opening Wishing Well sparks with spirals of guitar recalling the canyon days of Linda Ronstadt and her fledging band. Wasco is a spritely fiddle fuelled number with Wyatt embodying the romantic fantasies of an inmate with the song positively flying with a rebellious abandon that sucker punches Dolly Parton. Stone Hotel hammers in like a Waylon Jennings’ song and it’s as autobiographical as Wyatt gets as she relates her downfall while the band flail wonderfully around her with a full bodied outlaw country abandon.

She’s more reflective on the plaintive Giving The Best Of Me with its rippling acoustic guitar and sweet pedal steel again recalling that 70’s LA singer songwriter vibe. From Outer Space is an almost literal example of Cosmic American Music as Wyatt waxes wonderfully about celestial affairs, pedal steel swirling like a comet around her as the rhythm section humbly remain rooted in a very fine country shuffle. Overall a lovely record.