Sunday and the action has shifted from the South Side to the city centre, The CCA in Sauchiehall Street, for two shows, an afternoon matinee and the closing concert of the Festival, Hazy Recollections. 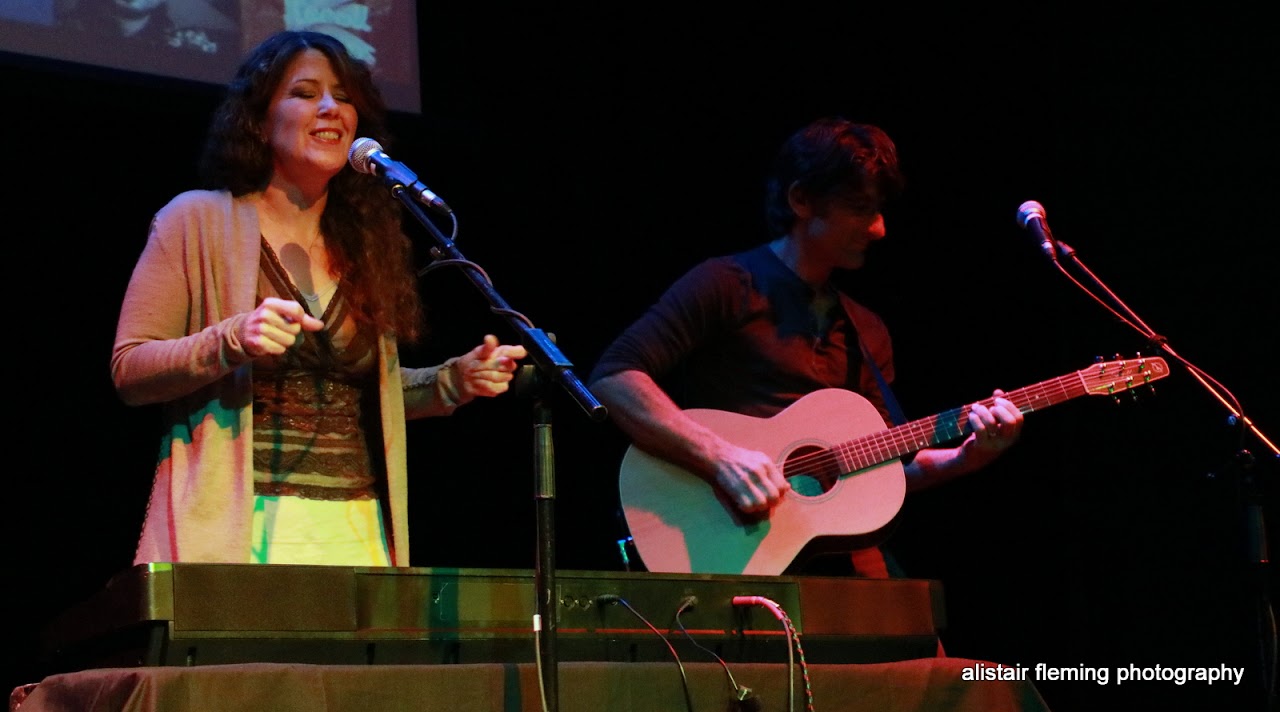 First up was Krista Detor from Bloomington, Indiana accompanied by her husband, David Weber on guitar and Mike Lindauer on bass. For some reason Ms. Detor chose to place her keyboard front and centre on the stage with a cloth around it. Seated behind this she appeared at times to be interviewing the audience, at other times celebrating a religious rite with the keyboard an altar. Although no religion was involved there was at times an ecclesiastical feel which for this writer was emphasised by the resemblance of some of the songs to the late Judee Sill’s work, in particular the striking delivery of Clocks Of The World. Other songs, the languid Castle in Wales, the dream like Can I Come Over and For All I Know, a song dedicated to her son, were reminiscent of other songstresses from the early seventies such as Dory Previn and Joni Mitchell.

No shame in that of course as Ms Detor is a fine writer and well able to step away from the keyboard ballad (although not from behind the keyboard) to offer the bar room styled Steal Me A Car and the boho beat of Middle Of A Breakdown. In addition she donned accordion for her rousing version of the Cinderella story, Belle Of The Ball while her song introductions were a world away from the stately delivery of the ballads. Mention must be made of Weber’s guitar playing which adorned the keys wonderfully. 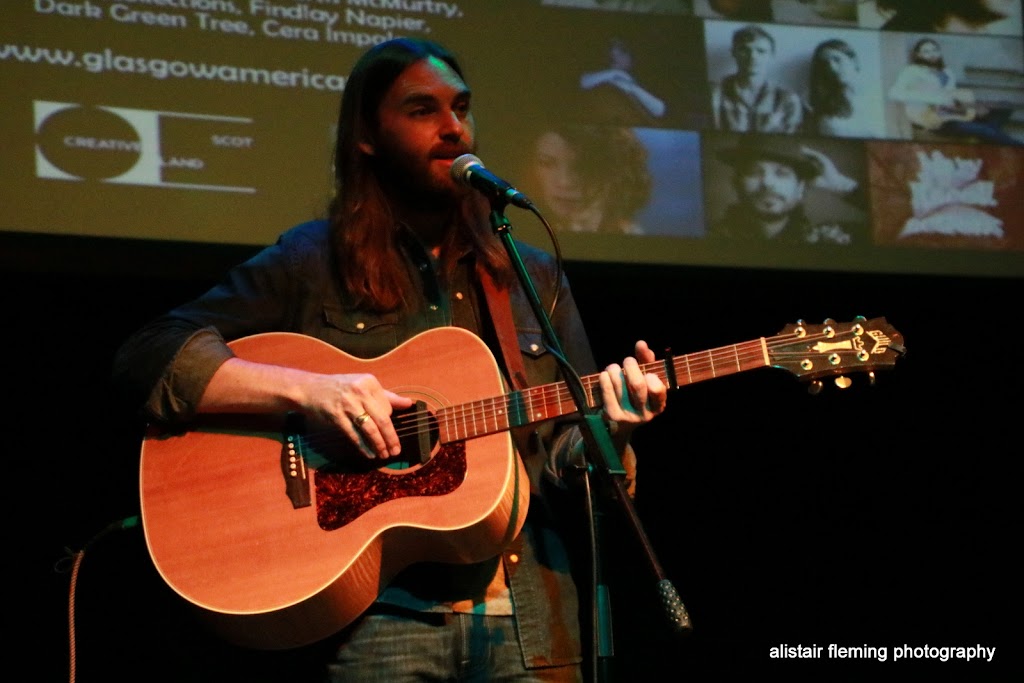 Sam Lewis sort of wandered on to the stage. Clad in denim, bearded and with long lank hair he seemed the epitome of the seventies minstrel, an image he didn’t attempt to dispel with his various references to his “recreational activities,” some of which were hilarious – at one point wandering over to the promo picture of himself projected onto the backdrop and saying, “I don’t remember this photo shoot at all.” Any notion that he is just a stoner with a guitar however soon evaporated as he worked his way through songs from his two albums (his greatest hits as he called them) along with some fine covers. A fine guitarist he managed to project the songs despite them being stripped of the fine arrangements, soul and country, which adorn them on the albums.

There’s no getting away from the fact that his voice sounds at times like James Taylor, at other times Dylan in Nashville circa ’69 but his writing and performance overshadows that, his opening gambit, Reinventing The Blues setting out his wares, laid back songs with a soulful country feel. Aside from the tales of high times Lewis explained the origin of some of his songs with a fine sense of dissection, the hypnogogic state described on In my Dreams and memories of his grandmother’s house on Virginia Avenue. He was fulsome in his praise for Fred Eaglesmith describing him as a mentor (and deriding him for his poor jokes) and paid tribute to Willie Nelson with a cover of Hands On The Wheel from Red Headed Stranger (acknowledging the song’s writer Bill Callery). Nelson was again mentioned as an influence when Lewis sang an excellent Never Again from his Waiting For You Album. His delivery here was superb and one was reminded of a visitor to last year’s festival, Sturgill Simpson who was about to go stratospheric. With the right breaks, Lewis could head in the same direction.

Thanks to Alistair Fleming for photography