Back to The Glad Cafe for the evening’s entertainment and the small hall is packed to the rafters for this show.

Opener Curtis McMurtry is the 24-year-old son of James McMurtry and grandson of author Larry and tonight was his first show in Scotland. He delivered several songs from his debut album Respectable Enemy which certainly showed that he has his forebear’s gifts for words with his war veteran’s suicide note, Foxhole, the highlight of the set. Opening song, Sparks In The Wind was memorable for its melody and striking chorus and McMurtry’s deft guitar work more than compensated for the lack of the instrumentation on the recorded version while Eleanor’s House was a fine example of small town reminiscences that reminded us a little of John Fullbright. McMurtry describes his album as “songs about villains who think they’re victims” and tonight he offered the audience a choice at times of a sad or mean song. He seems to be attempting to inhabit the dark hinterland of Americana but he still has some gravitas to develop before he can drive down that dark highway without looking over his shoulder. Nevertheless he can be proud of lyrics such as “when we trust in constellations/we proudly admit that we made a mistake /and we muster disappointment /with everything we make” on his fine rendition of Chaplinesque.

Lewis & Leigh have a bit of a buzz going on about them right now, reports from Nashville indicating that their set at the recent CMA awards was a cracker. Al Lewis, a Welshman, and Alva Leigh from Mississippi teamed up two years back and have released three excellent EPs (the latest, Hidden Truths is released this week). With Al on guitar and Alva on occasional keyboards they roamed easily around rockabilly, Everly Brothers’ harmonies and spooky night speckled tales. There are hints of X, The Walkabouts and Twilight Hotel in there but their songs transcend the influences with several tonight mesmerising the audience. 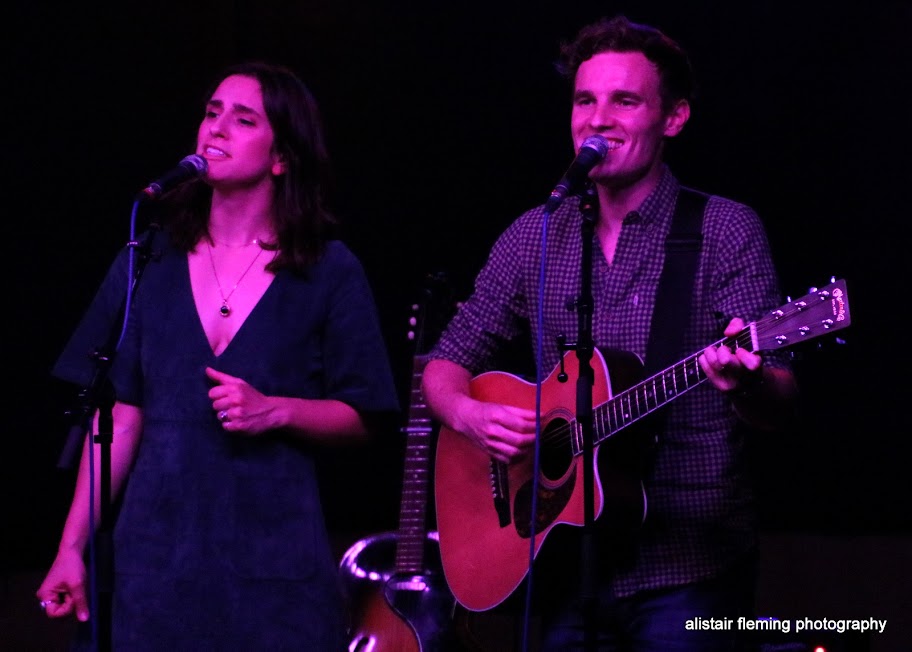 They opened with the rambunctious and rollicking Only Fifteen, a song that opens with some thrashing guitar on a tale of a kid looking for his birth mother, her plea that she was too young to look after him delivered in a dreamlike chorus with Alva sounding like Maria Muldaur on the soundtrack to Steelyard Blues. Next up was the wearied and blowsy Late Show, a late night waltz through Soho’s dreary neon nights with the pair riposting each other like a London based George and Tammy. Alva moved to the keyboard for the magnificent noirish Devil’s In The Detail, a song that surely marks the duo out as one’s to watch, atmospheric and laden with dread it’s a great song and tonight they performed it with some gusto.

Less one thinks that Lewis & Leigh are purveyors of an Americana nightmare there was humour aplenty in the between song chat with Little Chef restaurants especially pointed out as the reality of touring as opposed to the supposed glamour of being on the road and Al trying out his Scottish accent. However the spectral beauty of Rubble and the slightly southern soul feel of Please Darlin’ highlighted their harmonies and they capped this with a fine delivery of All Night Drive. Finally, there was a magnificent rendition of Heart Don’t Want, a song that has garnered some radio play for the duo and on the evidence of tonight it’s well deserved.

Thanks to Alistair Fleming for his photography.