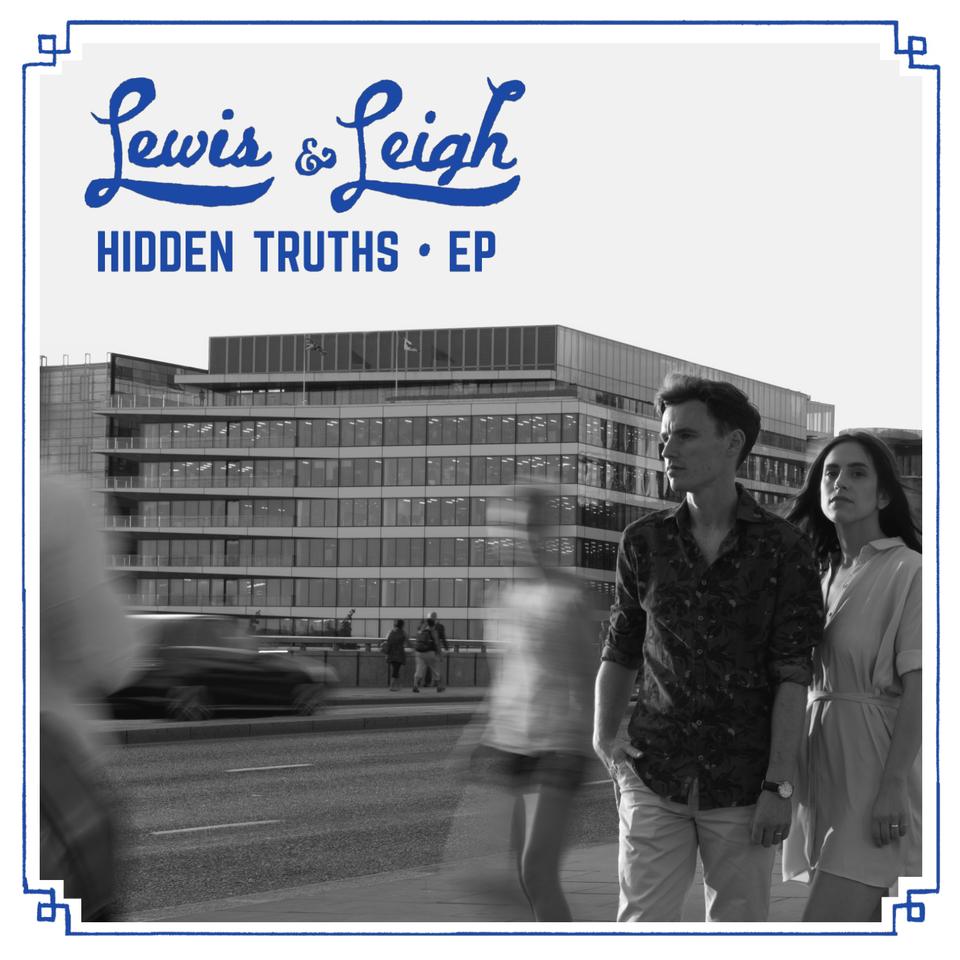 Fresh from their highly praised appearance at The Americana Music Festival in Nashville in September Al Lewis and Alva Leigh are set to appear at Glasgow Americana in October with Hidden Truths, their third EP, due for release on October 16th. Since the pair, Alva from Mississippi, Al from Wales, teamed up in London around two years ago they’ve gathered a fair amount of noise, supporting John Fullbright, gaining the attention of Ryan Adams and becoming a staple on those radio shows which still have some form of quality control. Their previous EPs, Missing Years and Night Drives, the first a fresh faced quartet of songs swerving between pedal steel flavoured country and introspective acoustic numbers, the latter a darker affair with the duo recalling Twilight Hotel especially on the spectacular The Devil’s In The Detail, gave notice of their talent and number three is no different.

Hidden Truths continues the noirish trail blazed on Night Drives and beefs it up with some fine horn arrangements which add some swing to the songs which at times are like mini movies packed with drama and emotion. The first song, Heart Don’t Want, opens with a pleading Leigh sounding vulnerable over a naked guitar strum. Lewis then wades in with a defiant sneer, his voice adding a sense of urgency. A dramatic horn section adds a cinematic lift with the pair sounding like a musical version of Charlie Starkweather and Caril Ann Fugate. The quite amazing Only Fifteen is truly a mini opera squeezing into 4 minutes what Pete Townshend took two whole discs to convey. A clattering rockabilly rush sets the scene as Lewis describes being abandoned as an infant. At fifteen he finds he is adopted and sets out to find his birth mother who, once tracked down pleads her age, also fifteen as reason to abandon him. Her plea, backed by some fine plaintive horns seesaws with his guitar fuelled rage until they achieve a rapprochement. It’s a wonderful performance recalling Loretta Lynn’s work with Jack White.

Please Darlin’ is a down home slice of country pie larded with swollen horns and a loose electric guitar thrum as Lewis and Leigh play star crossed lovers who continually interrupt their daily chores in order to dance to their favourite record. There’s an infectious gaiety about it and halfway through listening to it a thought popped into my head that if Delaney and Bonnie had a TV sitcom way back then this could have been the theme song with backing by The Band. A silly thought sure, but it fits.

On each of their two previous EPs the duo have ended with a cover song (Wilco and Coldplay if you ask) and here they close with Elton John’s Country Comfort (from 1970’s Tumbleweed Connection). They take this lament for a rose coloured past and replace John’s mannered voice with their own excellent harmonies recalling classic Parsons and Harris and capturing the sense of nostalgia and loss in the lyrics perfectly.

Only four songs but each one is excellent and apparently Lewis and Leigh are promising an album in the New Year. In the meantime they are touring the UK with four Scottish dates included (Aberdeen, Inverness, Glasgow and Edinburgh), the Glasgow Americana show is on Saturday 10th October at The Glad Cafe. Other dates here