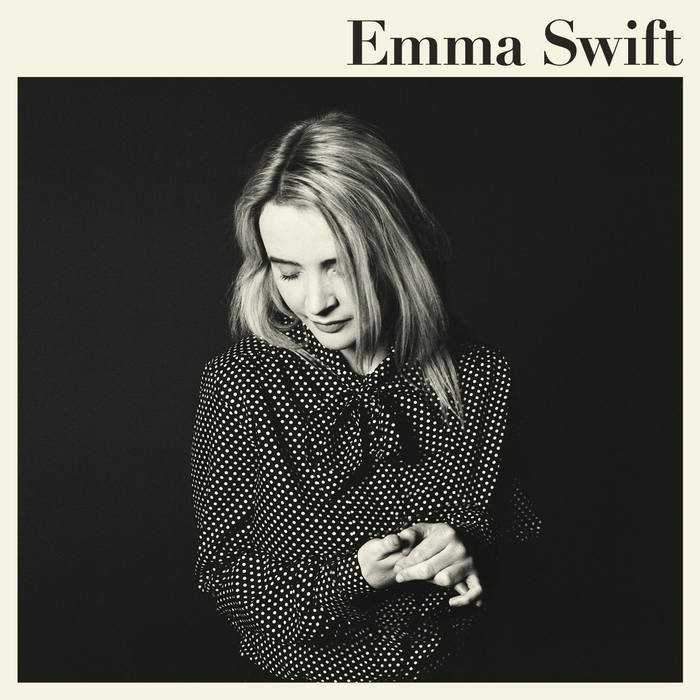 Emma Swift might be a new name to many in the UK, although it’s apparent that she picked up quite a few fans on her recent tour with Robyn Hitchcock, in her native Australia however she was well known as the host of radio shows In the Pines and Saturday Night Country. All the while she was finding her way as a songwriter and performer both solo and as half of the duo 49 Goodbyes before eventually taking the step of locating to Nashville a year or so back. This self-titled mini album is her debut and was released around a year back in Australia but Swift has just relaunched it on iTunes.

…her lachrymose country songs were well received. Her version of Gram Parsons’ Brass Buttons highlighted her aching bittersweet voice while the suicide note that is Rowland Howard’s Shiver was delivered with a fine mix of tenderness and defiance. Her own song, Seasons, marked her as a writer and singer who could be up there with the likes of Lucinda Williams…

The album reinforces this with Swift’s voice in particular commanding attention. She combines the languid manner of Lucinda Williams with the effortless swoon of Linda Ronstadt while also managing the sultriness of kd Laing in torch song mode. In addition she’s a great writer, the five songs here all worthy of attention (in addition there’s a cover of The Motels’ Total Control) and to cap it all the band she’s assembled play some very sweet heartbreaking country music.

She opens with the bittersweet Bittersweet, a soft rock country balm for the soul effortlessly singing over the slow rhythm shuffle with pedal steel and Wurlitzer curling around her voice. Woodland Street has a late night jazz feel to it with Swift vulnerable in her pleading, a sense continued on Seasons, an initially brighter, summery song where again she’s looking for affection (with her voice here reminiscent of Lucinda Williams). Swift manages a neat trick here with the first half of the song optimistic as she waits for her lover in the spring, honeyed pedal steel and sparkling guitar like reflected sunlight on the sea before she fears he’ll be gone by the fall and there’s an almost imperceptible shift in the mood of the music, the guitars sadder, keening instead of honeyed. At the heart of album is the lengthy King Of America, eight minutes of hesitant, slow flow twang guitar and cosmic country tinged pedal steel that recalls the glory days of NRPS and Garcia himself as it weaves an unsteady course over deadpan percussion. Almost as if the Grateful Dead had scored David Lynch’s Twin Peaks Swift offers a portrait of the narcotic pull of the likes of Gram Parsons or Hank Williams as she succumbs to their invitation to dance. It’s a glorious song that places Swift at the forefront of our singer/songwriters today.

One thought on “Emma Swift”