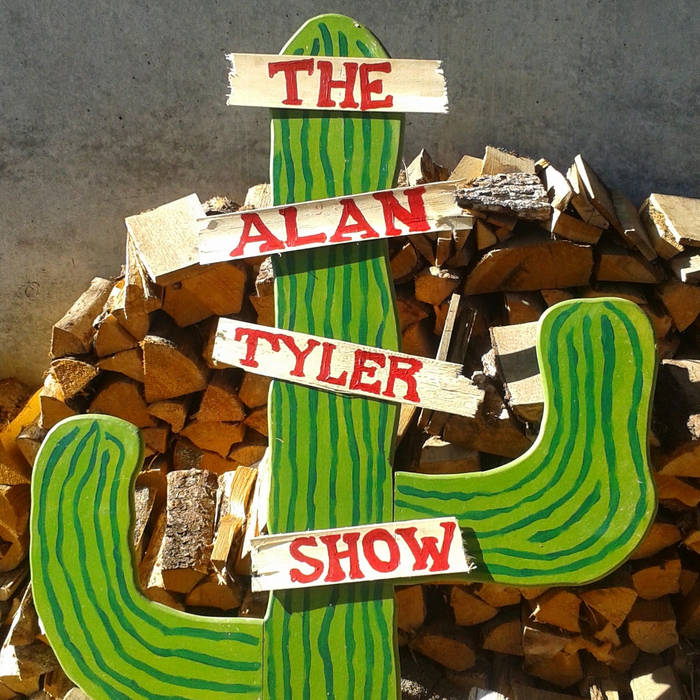 Back in the nineties London’s The Rockingbirds were one of the few acts carrying the torch for UK based Americana when the genre was having one of its leaner periods. Like their Edinburgh counterparts, The Felsons, they weren’t able to capitalise on the interest generated by the “No Depression” wave of American bands and split in 1995. Sporadic reunions over the past eight years eventually led to a comeback album released by Loose Records in 2013 and there’s talk of another disc on the way, possibly titled The Curse Of The Rockingbirds. In the interim Alan Tyler, lead singer and songwriter for the band is touring bars and folk clubs with his acoustic trio, The Alan Tyler Show. This ten song disc is a fine taster of what to expect if he pitches up in a bar near you with a selection of covers of some of his favourite artists along with five of his own songs.

Accompanied by Patrick Ralla on guitar, banjo and vocals and Jim Morrison on fiddle and mandolin Tyler has recorded a low key and intimate listen. The latter half of the album is an aficionado’s delight as the trio breeze gently through five classic songs that will be familiar to anyone who has a decent record collection. The Streets Of Baltimore, She Thinks I Still Care, Tecumsah Valley, Return Of The Grievous Angel and True Love Ways are all delivered faithfully, not in a reverential manner but with a genuine love and respect for the songs, it’s like having a pub gig in your own room.

The first five songs are all Tyler originals and apparently are part of a project of his, the River Songs where he explores London’s heritage in a psychogeographical fashion. There’s a notable shift in the feel here as the band take on a folkier element that’s more Anglicised. Dark River is a harmonica fuelled tribute to the River Fleet, one of London’s now buried ancient waterways. Down On Deptford Creek tells of the opportunity to walk and explore another old river at low tide describing the mossy quay walls and the detritus uncovered by the ebbing waters. It’s delivered with lilting banjo and mandolin in a wistful fashion while Tyler’s voice and words recall Jackie Leven’s hymns to the Highlands. Essex Girls is another nostalgic trip, this time into the Thames estuary and eschews the usual stereotypes of the titular maidens as Tyler prefers to sing about the topography of the area with the Essex girl in the classical role of a siren. Long Time No See seems to celebrate the writer’s return to familiar grounds and is similar in delivery to the busked harmonica style of the opening song. Finally, Tyler burrows into London’s ancient greenery on the delightful The Fields Beneath which is a tender lament on the so called march of progress. Weirdly it recalls the late Glasgow folksinger Matt McGinn’s work on songs such as Magic Shadow Show and Troubled Waters In My Soul.

The album’s available for the princely sum of a fiver here.

One thought on “The Alan Tyler Show. Littlefield Records”