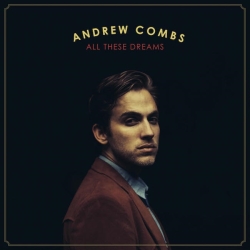 First thing to say about this album, the second from Nashville artist Andrew Combs, is that we were expecting some kind of Roy Orbison doppelganger to come soaring from the speakers. Seems that comparisons to Orbison have been bandied about all over when folk write about the album but the similarities (if they are there) largely passed us by. Instead we were reminded of the lush arrangements of songs such as Gentle On My Mind and Everybody’s Talking as rippling guitars and sweet strings swept over the two opening songs, Rainy Day Song and Nothing To Lose. Throughout the album there’s a sense of late sixties popular country pop with Strange Bird recalling Mike Nesmith’s latter efforts with The Monkees before flying solo, poppy with hooks galore but with a sly intelligence in the lyrics (and some inspired whistling). On the title track Combs continues to deliver a radio friendly sound on another song that flows effortlessly with strings and a slightly twangy guitar in the middle eight while his slightly weathered voice, attractive throughout, has a passing comparison to Ryan Adams. We have to admit here that the song All These Dreams shares with Orbison’s latter efforts a sense of drama, however it’s the Orbison who was the senior figure in The Travelling Wilburys and of Mystery Girl who’s recalled here and much of that sound was down to Jeff Lynne. Whatever, the worst that can be said here is that Combs has the ability to write hooks as catchy as Lynne and that can’t be all bad.

The latter half of the album steps out from under the Nashville pop umbrella and is all the better for that. The ballad, In The name Of You stands tall next to similar efforts from John Fullbright while Slow Road To Jesus opens like a dusty Kristofferson song before heading into a mock baroque gospel tinged lament. Here Combs’ voice is hesitant and searching while the arrangement is wonderful, the guitars, keening pedal steel and spare percussion perfectly balanced with the swooping strings and brass that adorn the bridge. This is Jimmy Webb or Harry Nilsson territory and it’s executed brilliantly. Month Of Bad Habits has a slight bossa nova feel allied to a deep south sultriness and again it flows sweetly with a hint of menace in its undertones albeit sweetened again by the string arrangements. When the guitar and pedal steel cut loose halfway through the song toughens up and the extended outro is not a million miles away from some of Calexico’s work. Combs closes the album with another understated ballad, Suwannee County that is swathed in warm pedal steel work (from Steelism’s Spencer Cullum Jnr.) and demonstrates that while he’s a dab hand at channelling 1960’s Countrypolitan Nashville pop his stronger hand lies in darker territory.

4 thoughts on “Andrew Combs. All These Dreams. Loose Music”