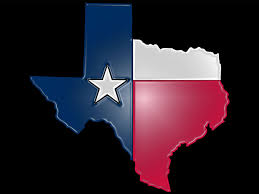 A few weeks back Blabber’n’Smoke reviewed a Fairport Convention reissue that appeared in the post. Now Fairport were one of our favourite bands back in the early seventies and they do fit the Blabber’n’Smoke mission statement (N.B. there is no mission statement here, we do as we like) so we listened and grooved to it and then wrote about it. Hell’s bells! The viewing stats went through the roof (helped by No Depression featuring the review) and we had our moment in the sun. Very tempting then to churn out more reviews of fairly well known bands (and we will from time to time) but we exist to benefit from and to raise awareness of the multitude of acts out there who work at the coal face of contemporary Americana type music. Some are well kent to aficionados (like Sam Baker, Dave Alvin or the genius that is Howe Gelb) while others may be local legends who have the opportunity to wax on wax (or plastic as it were) and whose offerings end up in our postbag.
So today we celebrate the unknowns with a pair of releases that are top notch and will probably be mentioned in blogs here and there and get a few radio plays especially on the continent where Americana type music has a deep fanatical following. There’s a whole load of moaning going on about the internet destroying music but without it there’s no doubt that we wouldn’t have the opportunity to sings these guys praises.
Bo Porter and Rod Balch are no spring chickens , they fit the Hollywood stereotype of self made men, raised on Harley Davidsons, braving audiences behind chicken wire, as able to fix an engine as to pen a song, tough as nails but with music in their veins with Texas being the primary infusion.

Bo Porter hits pay dirt with his Try It, You’ll Like It, a short sharp lesson in goodtime country, swing and rockabilly. With a shit hot crew in tow he could fill in for the Blasters if they failed to turn up on the night and you wouldn’t feel short-changed. His voice is stained with years of experience and his relaxed delivery even encompasses a chortle on She Likes Living In Texas as he delivers a list of things he likes about his partner. Starting off with a narrative in his best Sam Elliott style Porter tells of how “she likes smoking her breakfast when the sun comes up, local honey in her coffee cup” while the band deliver a wonderful Tex Mex accompaniment that is reminiscent of Willie Nelson, accordions and all. With a mixture of plangent ballads and rip roaring rockers featuring honky tonk guitar licks and rockin’ accordion probably the best way to describe this album is shitkicking and that means good. The closing song I Was Born Like This is the best Waylon Jennings song that Waylon never wrote.

Next up is Rod Balch, a Fort Worth resident who actually fixes Harley Davidsons for a living and plays the local clubs at night. He’s been doing this for years but now he’s got an itch to expand his frontiers and this album, Fort Worth 76102 is his calling card for promoters and listeners worldwide to open their doors and offer him the chance to entertain them. As such it’s an excellent showcase for his eclectic vision of Texas music which encompasses folk, country and blues much as the late lamented ambassador for Texas music, Doug Sahm did. Teaming up with NewTex Records head honcho Steve Satterwhite (who wrote the majority of the songs here and produced) they’ve gathered a small multitude of local luminaries who between them have played with the likes of Jerry Garcia, Delbert McClinton, Bobby Bare, Freddie King, John Mayall, David Bromberg, Waylon Jennings and George strait, a pedigree that’s apparent in the easy way they all swing into action with a tremendous sense of ensemble playing and some zinging solos popping up all over the place. Balch sings with an easy voice with a very slight sense of early Kristofferson cool detachment while the band swings along behind him sounding at times like Asleep At the Wheel, Commander Cody’s Lost Planet Airmen or The Lost Gonzo Band, Texas music at its best. As for the songs there are 16 packed into less than an hour here and everyone is a belter and each time we’ve listened to the album a new favourite emerges. Balch celebrates the usual suspects of booze(Rehab Rendevous, The Bar Song, Beer Here) , hard times (The Red Truck), girls (Blood In My Eyes) and prison (Jesus In Jail). Be they beer stained laments or rocket fuelled Texas tornadoes they’re all minor masterpieces and its astounding at times to remind oneself that this is an album by a Texas bike mechanic who plays music in his spare time. Special mention (at least on this latest listen) for a few of the songs. Carla’s Room is the story of Karla Faye Tucker (whom Mary Gauthier has also written about), a tale of drug abuse and murder and its given a suitably grave delivery. The Alamo is a classic country rock glide where folk live their lives through the silver screen but top of the list right now is Vagabond Magazine Blues which corrals Woody Guthrie as if he wrote for the Hollywood Reporter. All in all this is an excellent listen and hopefully Balch will make it over here at some point.

The good folk at NewTex Records have given us a spare copy of Rod Balch’s album for one lucky reader so if you want it pop over to our Facebook page and tell us why you want it.