Movember? Well I didn’t grow a moustache bit I did spend some time listening to these.

Another UK crew in thrall to the sounds of the States, Society have a jangled harmonious approach to the genre topped off with some nice harmonies. As such this is country pop/rock of the type that Graham Nash excelled in all those years ago given a delivery not too dissimilar from Glasgow country rockers Kassidy. A trio consisting of Matt wise, F. Scott Kenny and Ben Lancaster providing guitars, mandolin, percussion and bass they are ably assisted on the album by a clutch of players who provide pedal steel and various keyboards which does raise the album into another realm giving them more muscle and bite.
While the first half of the album consists of well played and delivered country rock songs the band really kick into gear with their seventh song, Davey. Rooted in the sound of The Band and in particular the songs and singing of Levon Helm it’s as successful as The Felice Brothers’ similar endeavours and from here on in the songs have a tougher and darker edge to them. Matt Wise writes well within the vernacular and the closing half of this album is a delight to listen to. The Closing song Martyr’s Avenue is a bit of a tour de force with surging guitar and swirling organ backing an impassioned song.

Jeremy Steding. I Keep on Livin’, but I Don’t Learn.

Moving on from West Sussex to Texas Jeremy Steding is a youthful baby faced singer and songwriter with a band composed of (looking at the promo pics) a bunch of guys who look as if they all have a few years on him. True or not they all do a fine job on this album of solid Texas styled country music. Guitars twang, pedal steel weeps and the rhythm section is solid and true. Be it tear stained ballads or rip them up rockers each and every song is delivered with gusto making for a very enjoyable listen, like having a honky tonk in your own house. Aside from a cover of Cash’s Don’t Take Your Guns To Town (given a fine reading here with sterling backing vocals from Shannon Lee Nelson) Steding wrote or co-wrote all of the songs and its here he proves his mettle. A few of the songs here are excellent examples of story telling. Five Aprils is a chilling Civil War tale while the opening song Annie Ray positively bursts with energy and that twang sound with an audacious and successful segue into the title song. I Keep On Livin’, But I don’t Learn in itself has a real crowd-pleasing quality to it and you can imagine it being a real showstopper live. The stand out song here is Paint the Town Red, When They’re Blue. A wonderful waltz into Butch Hancock territory it’s a tremendous piece. 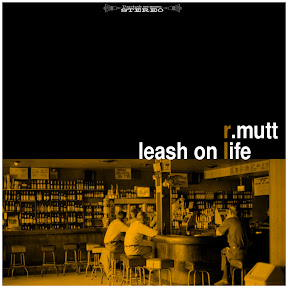 Just as listening to Jeremy Steding makes one long for a night in a genuine Texan Honky Tonk, time spent with this Milwaukee quartet’s album of strong armed blue collar guitar workouts makes one think of sweaty and mobbed clubs where the band compete with the bar and other diversions. Hanging together since 1988 three of the Mutts have known each other since high school with guitarist Dan Power only joining in the last year. This lot describe themselves as growing up listening to The Clash, Black Flag, Minor Threat and Public Enemy while their parents were into Little Feat, Johnny Cash, Joe Cocker, Gram Parsons and Willie and Waylon. What this amounts to is an impassioned and energetic set of songs that capture an American splendour delivered with a driving punk attitude. The vocals blast with a full-throated volume while the rhythm section powers away and guitars slash and burn. There are elements here of early Springsteen (and I think that some of these guys also have a sneaking admiration for the Blue Oyster Cult) along with a touch of alt country rockers such as the V-Roys. It’s an energetic ride listening to this. Beautiful Bad Day is anthemic while Big Things is a super smooth chromium plated glide. The Tale of Bobby A is a nice example of a tale of an everyman given a Drive by Truckers makeover while Sisyphus starts off with a dirty Stones’ type riff. This might seem like a bit of a smorgasbord of an album but amped up it’s a great listen for anyone who likes god honest boogie. If they were to play the likes of King Tuts I’d be there in the queue expectantly waiting to experience the R Mutt sound.

The Tale of Bobby A