Most folk will know by now that Don Van Vliet, aka Captain Beefheart passed away yesterday. Blabber ‘n’ Smoke obviously owes a debt to him. He was one of the best and totally unique. Nothing else to say other than recommend that you dig out some of his music and spend a little time with it.

A busy fellow, Adrian Nation seems to spend a lot of time on the road, either at folk venues in the UK or in Greece, strangely enough. His second album is an engaging listen with hazy echoes of Celtic mist and what appears to be a slight Richard Thompson influence. The quality of the players he has assembled here is quite superb and includes Fairport drummer Gerry Conway and the excellent Canadian, Colin Linden of Blackie and The Rodeo Kings. The album has been lauded by our own Iain Anderson on Radio Scotland who chose it as his folk album of the week back in November and that practically tells you all you need to know about it.
Songs like All Our Yearning Moments are classic examples of fine writing and heartfelt playing, warm and engaging, perfect late night listening, the ebb and flow of the album is nicely balanced. There is a strong Celtic influence on The Other Side of The Light and Set Fire to The Sky with whistle and Uilean pipes from Troy Donockley The frenetic opener Don’t Turn Away and the chunky Thompson like Undo The Chains are invigorating while The Heart Beats On with Linden on slide guitar is a stone fox chase of a song. Nation himself is no slouch on the guitar as evidenced on the acoustic piece Five Finger Rapids.
Nothing groundbreaking here but a fine example of a mature songwriter and well crafted modern folk.

All Our Yearning Moments.

While Blabber ‘n’ Smoke has a deep love and respect for blues music it has to be said that the majority of modern electric blues doesn’t rock the boat here. Going back to the roots of country blues is often appreciated (see the recent Tom Feldman review for example) but it’s far too easy to slip into a copycat mode and few artists have achieved the power and visceral feel of blues since the likes of John Campbell, Rainer Ptacek and Stevie ray Vaughn (all sadly deceased). This Loz Netto chap however is intriguing. With a history going back to London pub rock with the bands Moon and Sniff ‘n’ the Tears (remember the great Drivers Seat) and a cover of Little Feat’s Dixie Chicken on the album it begged a listen.
On the face of it The Loz Netto Band are a typical three-piece blues band. However the opening song Bridge of Dreams is like the soundtrack to a film noir classic, As I said, intriguing. In fact there are no routine 12 bar blues here with covers of Alan Toussaint’s On Your Way Down and Lowell George’s Dixie Chicken owing more to the New Orleans southern soul slink that does fill our heart with wonder. With a nod to Ry Cooder in their cover of Cash’s Get Rhythm the band overall are tight and the fatback guitar sound employed by Netto is a welcome reminder of the great Danny Adler and Roogalator, another staple of those long lost pub rock years. Get hip and enjoy some gumbo here.

Winding up this trio is the even more intriguing idea of a Russian born Americana songstress. Natasha Borzilova was born in Obinisk, Russia but now resides in Nashville. Despite her stated original intention of recording an album of Russian folk songs this album consists of her own songs with only the closing traditional Rechka betraying her roots. Taking her cue from this song which deals with three sisters crossing a river and one of them drowning Borzilova writes about elemental links between nature and humanity, highlighted on the superb Water and Wood.
Although traditional in sound there are moments such as the guitar in Balancing Act that add an edge to her crystal clear vocals. The closing Russian song Rechka, sung in her native tongue, is a beautiful and climatic end to what is a fine album. 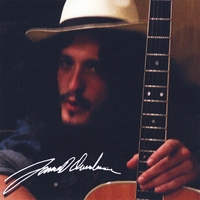 If the old way was to get a guitar, strum along to some songs and entertain folks, then this album is aptly named. From Kentucky, Overbee has forsaken his band The Talking Machine (their last album, Stayin’ In Touch is a fine slice of Neil Young/Rich Hopkins guitar laden rock) to deliver eleven songs that flow ever so well in a folky manner. Accompanied only by David Vaughn on bass, Overbee sings, plays guitar, drums and blows his harp on a selection of his own compositions that recalls more innocent times. His delivery, particularly with the harmonica present is reminiscent of Neil Young in his folky form, think of Long May you Run and you’re halfway there. Overbee’s voice has an attractive worn way with it and this is heard to best effect on the ballad So This Is What You Wanted, a little gem of a song. There is a naïve, untutored quality in his singing that takes a bit of time to get used to but its used to fine effect on Song For No One and Do You Think I’m A Fool, a pair of songs that reach back to the likes of Woody Guthrie and old time folk Americana. Do You Think I’m a Fool in particular is almost archetypal and one can imagine it having been sung by Hank Williams or Michael Hurley.
The album ends on a high note with the delightful folky froth of Mistaken, a simple song that buskers everywhere should learn. Simple, homespun and heartfelt, if you like your folk woody and plain give it a go.